~ The Power of the Pentatonic Scale

The following video shows Bobby McFerrin demonstrating the power of the pentatonic scale. It is a fascinating demonstration of how quickly a (western) audience of the World Science Festival 2009 adapts to an unusual tone scale:

With Tarsos the scale used in the example can be found. This is the result of a quick analysis: it becomes clear that this, in fact, a pentatonic scale with an unequal octave division. A perfect fifth is present between 255 and 753 cents: 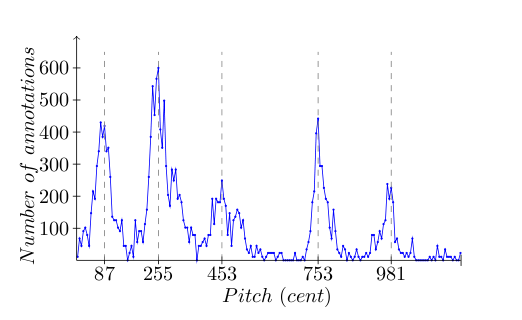