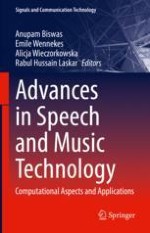 Duplicate detection being the main topic, I decided to title the article Duplicate Detection for for Digital Audio Archive Management. It is easy to miss, and not much is lost if you do, but there is a duplicate ‘for’ in the title. If you did detect the duplicate you have detected the duplicate in the duplicate detection article. Since I have fathered two kids I see it as an hard earned right to make dad-jokes like that. Even in academic writing.

It was surprisingly difficult to get the title published as-is. At every step of the academic publishing process (review, editorial, typesetting, lay-outing) I was asked about it and had to send an email like the one below. Every email and every explanation made my second-guess my sense of humor but I do stand by it.

From: Joren
To: Editors ASMT

I have updated my submission on easychair in…

I would like to keep the title however as is an attempt at word-play. These things tend to have less impact when explained but the article is about duplicate detection and is titled ‘Duplicate detection for for digital audio archive management’. The reviewer, attentively, detected the duplicate ‘for’ but unfortunately failed to see my attempt at humor. To me, it is a rather harmless witticism.

Anyway, I do think that humor can serve as a gateway to direct attention to rather dry, academic material. Also the message and the form of the message should not be confused. John Oliver, for example, made his whole career on delivering serious sometimes dry messages with heaps of humor: which does not make the topics less serious. I think there are a couple of things to be learned there. Anyway, now that I have your attention, please do read the author version of Duplicate Detection for for Digital Audio Archive Management: Two Case Studies.

~ Text to Speech to Speech Recognition - Am I Sitting in a Room? 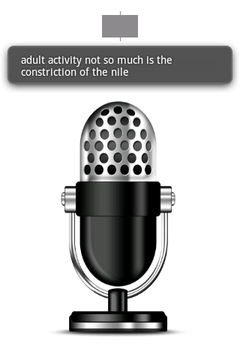 This post is about a hack I did for the 2012 Amsterdam music hack days. From the website:

The Amsterdam Music Hack Day is a full weekend of hacking in which participants will conceptualize, create and present their projects. Music + software + mobile + hardware + art + the web. Anything goes as long as it’s music related

The hackathon was organized at the NiMK(Nederlands instituut voor Media Kunst) the 25th and 24th of May. My hack tries to let a phone start a conversation on its own. It does this by speaking a text and listening to the spoken text with speech recognition. The speech recognition introduces all kinds of interesting permutations of the original text. The recognized text is spoken again and so a dreamlike, unique nonsensical discussion starts. It lets you hear what goes on in the mind of the phone.

The idea is based on Alvin Lucier’s I am Sitting in a Room form 1969 which is embedded below. He used analogue tapes to generate a similar recursive loop. It is a better implementation of something I did a couple of years ago.

The implementation is done with Android and its API’s. Both speech recognition and text to speech are available on android. Those API’s are used and a user interface shows the recognized text. An example of a session can be found below:

To install the application you can download Tryalogue.apk of use the QR-code below. You need Android 2.3 with Voice Recognition and TTS installed. Also needed is an internet connection. The source is also up for grabs. 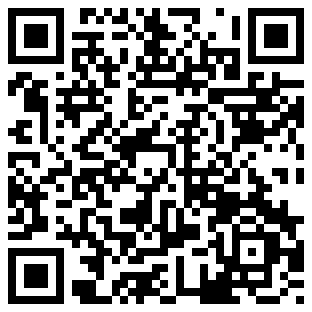 Recently I bought a big shiny red USB-button. It is big, red and shiny. Initially I planned to use it to deploy new versions of websites to a server but I found a much better use: ordering pizza. Graphically the use case translates to something akin to:

If you would like to enhance your life quality leveraging the power of a USB pizza-button: you can! This is what you need:

The driver: on the internets I found a driver for the button. Another modification was done to make the driver process a daemon.

The communication: The original Python script executed another script on the local pc. A more flexible approach is possible using sockets. With sockets it is possible to notify any computer on a network.

The reaction: a ruby TCP server waits for message from the driver. When it does it automates a HTTP session on a website. It executes a series of HTTP-GET’s and POST’s. It uses the mechanize library.

Some libraries are needed. For python you need the usb library, the python deamons lib needs to be installed seperatly. Setuptools are needed to install the deamons package.

To automatically start the daemons on boot you can use the crontab @reboot directive of the root user. E.g.:

I am sitting in a room different from the one you are in now. I am recording the sound of my speaking voice and I am going to play it back into the room again.

I’m sitting in a room different from the one U.N. NA I’m recording the sound of my speak English and I’m going to play it back into the room against