Below you can find links to the open source software I developed during my research. It is always nice to hear how this software is used, don’t hesitate to drop me a line. Bug reports are welcomed as well.

TarsosDSP is a Java library for audio processing. Its aim is to provide an easy-to-use interface to practical music processing algorithms implemented, as simply as possible, in pure Java and without any other external dependencies. TarsosDSP features an implementation of a percussion onset detector and a number of pitch detection algorithms: YIN, the Mcleod Pitch method and a “Dynamic Wavelet Algorithm Pitch Tracking” algorithm. Also included is a Goertzel DTMF decoding algorithm, a time stretch algorithm (WSOLA), resampling, filters, simple synthesis, some audio effects, and a pitch shifting algorithm.

To show the capabilities of the library, TarsosDSP example applications are available. Head over to the TarosDSP release directory for downloads. 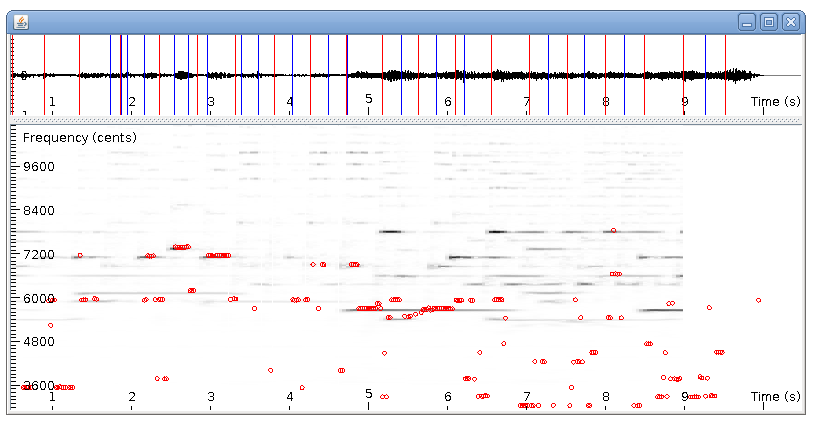 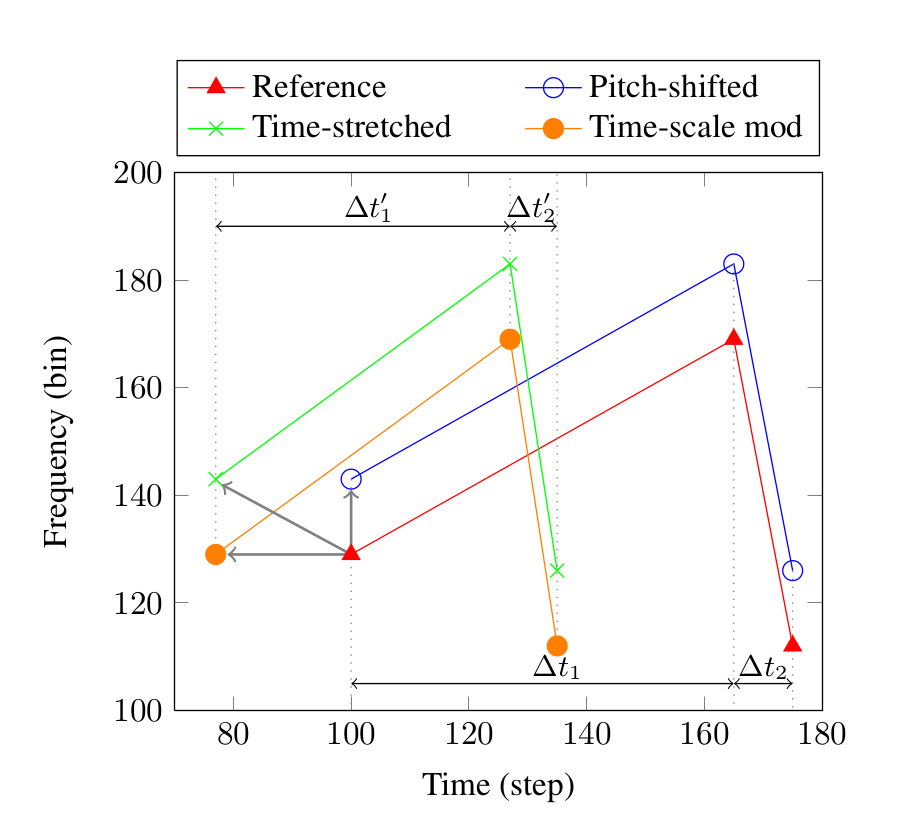 Thanks to WebAssembly it is possible to repurpose software for use on the web, even if it was originally designed with other use in mind. I have developed some practical tools/proof of concepts by repackaging and extending existing software. The main advantage is the ease of use: the software is accessible to anyone with a browser: without having to install any additional software. Another advantage should be longevity: web standards have a tendency to be supported for a long time.

The applications I have developed, each link to a blog post explaining them further: 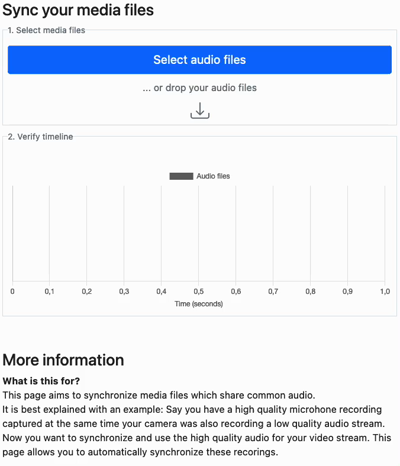 Example of an audio-to-audio alignment in the browser.

Olaf is a portable, landmark-based, acoustic fingerprint-ing system released as open source software. Olaf runs on embedded platforms, traditional computers and in the browser. Olaf is able to extract fingerprints from an audio stream, and either store those fingerprints in a database, or find a match between extracted fingerprints and stored fingerprints. It implements an algorithm similar to the one described in a classic ISMIR paper and has similar retrieval performance. It facilitates the many use cases acoustic fingerprinting has to offer such as duplicate detection, meta-data coupling, and synchronization. 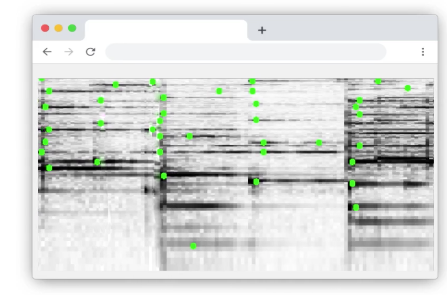 Olaf in the browser.

SyncSink: A tool to synchronize video and audio files

SyncSink program with some multimedia files.

Tarsos is a software tool to analyze and experiment with pitch organization in all kinds of musics. Most of the analysis is done using pitch histograms and octave reduced pitch class histograms. Tarsos has an intuitive user interface and contains a couple of command line programs to analyze large sets of music.

To run Tarsos you need a recent Java runtime on your machine. 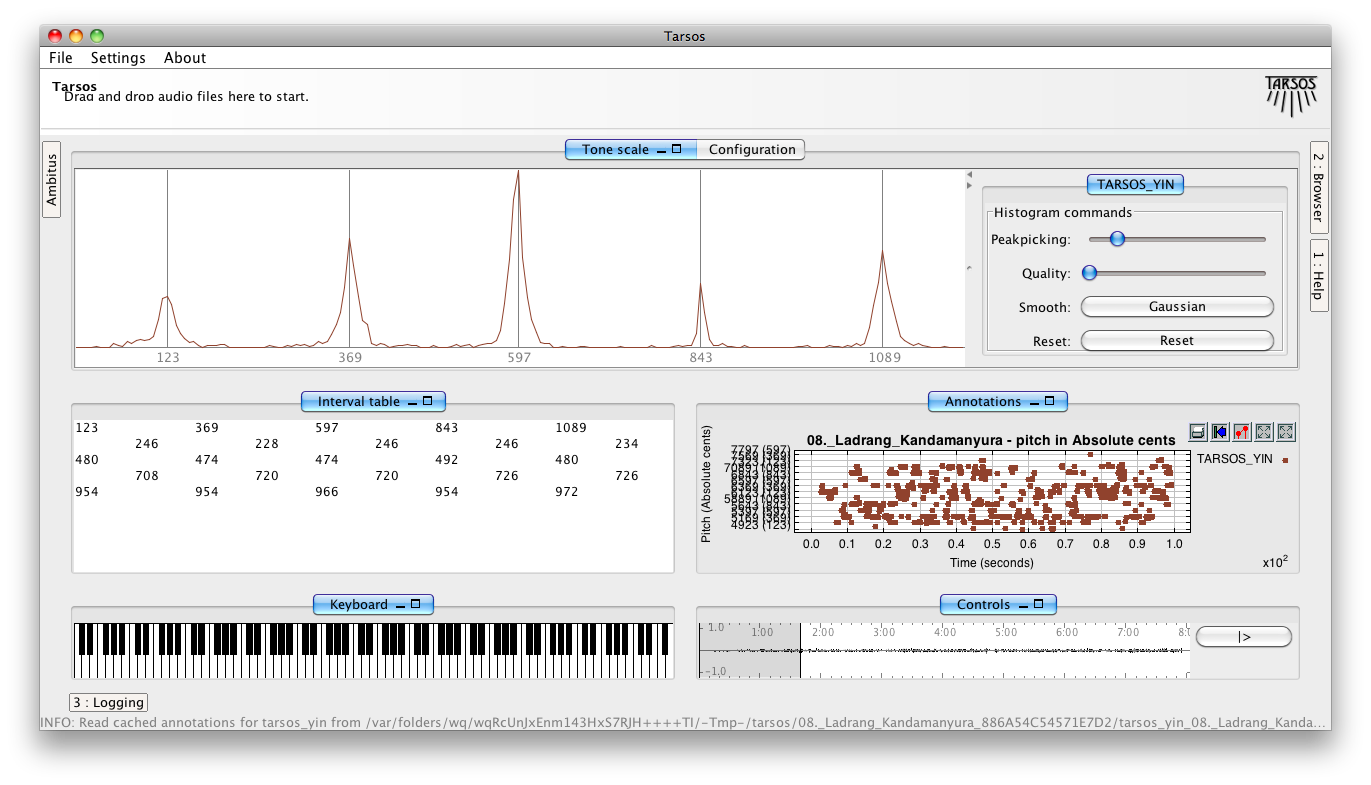 TarsosLSH: An Implementation of Locality Sensitive Hashing (LSH) in Java

TarsosLSH is a Java library implementing Locality-sensitive Hashing (LSH), a practical nearest neighbor search algorithm for multidimensional vectors that operates in sublinear time. It supports several LSH families: the Euclidean hash family (L2), city block hash family (L1) and cosine hash family. The library tries to hit the sweet spot between being capable enough to get real tasks done, and compact enough to serve as a demonstration on how LSH works.

Head over to the TarosLSH release directory for downloads.

TeensyDAQ: an application to visualize analog input signals on a Teensy

TeensyDAQ is a Java application to quickly visualize and record analog signals with a Teensy micro-controller and some custom software. It is mainly useful to quickly get an idea of how an analog sensor reacts to different stimuli. Some of the features of the TeensyDAQ: 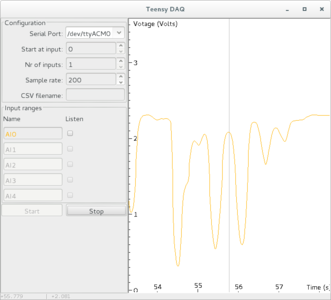 This library calculates fine grained constant-Q spectral representations of audio signals quickly from Java. The calculation of a Gabor transform is done by a C++ library named Gaborator. A Java native interface (JNI) bridge to the C++ Gaborator is provided in this project. A combination of Gaborator and a fast FFT library (such as pfft) allows fine grained constant-Q transforms at a rate of about 200 times real-time on moderate hardware. It can serve as a front-end for several audio processing or MIR applications. 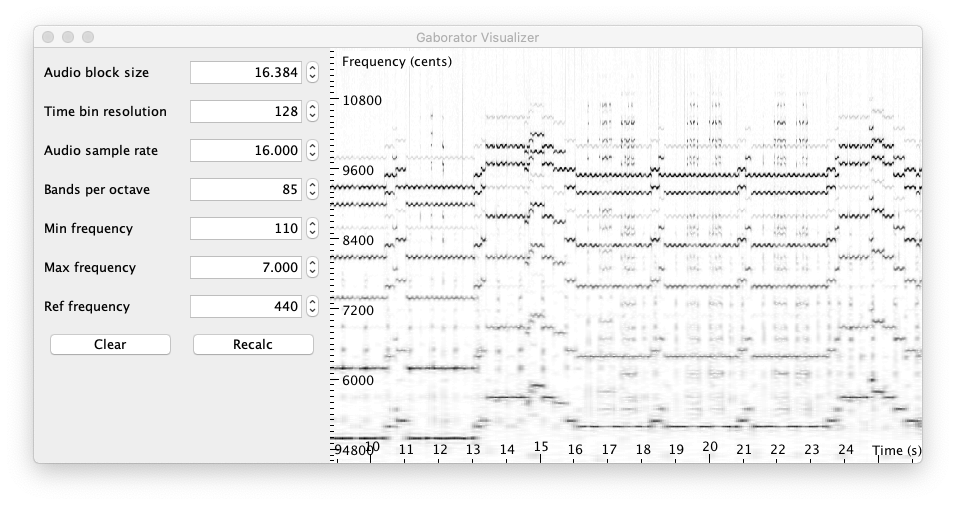 A spectral visualization tool, a part of the JGaborator package.

The idea behind AMPEL (by Lousin Moumdjian, Marc Leman, Peter Feys) is to combine both motor and cognitive rehabilitation in a single combined ‘embodied learning’ paradigm. To this end a device was developed which combines a short term memory task with a movement task: in this case walking over interactive tiles.

AMPEL is build together with a number of collaborators for the concept, the hardware design and implementation. I was responsible for the development of the embedded software in the tiles and for development of the GUI application the researchers. Schematic representation of the AMPEL platform.

Pidato: Vibrato on a Digital Piano Using an Arduino

The Pidato experiment demonstrates a rather straightforward method to handle vibrato on a digital piano. It ‘solves’ the age-old problem on what to do with the enigmatic “vibrato” instructions on some piano solo scores of Franz Liszt.

The way it works is by translating movement (accelerometer data) to MIDI messages. Pidato consists of a hardware and software part. The hardware consists of an Arduino, MIDI-ports and a three axis accelerometer. The software should know when a vibrato like movement is made and how to translate such movement to MIDI messages. The software therefore contains a periodicity estimator and frequency detector to detect how periodic a movement is and how fast the movement is repeated. This was done with the YIN algorithm (more commonly used in audio signal analysis).

Wire schema of the Pidato implementation.